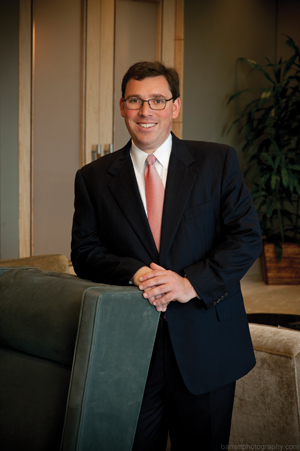 As the Founder and President of Medical Risk Institute (MRI), Michael J. Sacopulos, JD, has devoted his near 20-year legal career to advising the healthcare community on where liability risks originate and how to avoid these risks.

Prior to forming MRI, Michael served as a partner with Sacopulos, Johnson & Sacopulos in Terre Haute, Indiana. His practice focused exclusively on helping healthcare providers develop strategies and techniques to avoid medical liability claims. He also assisted physicians with cyber law issues, such as online defamation.

For the past decade, Michael has served as General Counsel for Medical Justice Services, Inc., a national organization that offers services and methods to protect physicians’ practices and reputations.

Michael is an accomplished public speaker and author, routinely contributing columns to national medical and legal trade publications, including the Journal of Legal Medicine, Medscape, Bloomberg and Beckers’, as well as other national mainstream news outlets including but not limited to Wall Street Journal and Forbes.com. He has also appeared upon Fox Business News.